Trip to New Orleans and the Rock ‘n’ Roll Half Marathon My visit to New Orleans last weekend was AWESOME! I stayed with my best friend, Kristin, who took care of me from the moment I arrived. I met Kristin in high school and she has been there for me ever since and is simply the best! The icing on the cake was that I ran my fastest half marathon ever – 1:33:37.

The New Orleans Rock ‘n’ Roll Half Marathon took place on Sunday, Jan. 25th.  In spite of the road blocks set in place for the race, Kristin navigated the barriers smartly and dropped me off near the race start. I felt like I was a VIP since other athlete seemed to be walking from miles away to the start.

Race morning was chilly, low-mid 40’s and windy. After a 15 min warmup, including dynamic stretches and warm up running drills, I shed my outer layers and proceeded to starting corral #1. I felt intimidated when I saw the elite runners at the head of our corral but then spotted a guy wearing a speedo and a swim cap that said Lochte.  The sight of him made me laugh and feel warmer since I was wearing a lot more clothing. The mayor of New Orleans spoke briefly and thanked the thousands of runners from all over the world for attending. After the National Anthem we took off and the butterflies in my stomach settled through mile 1. I forgot my Garmin but was able to borrow one from my friend, Kerry Mullin AKA “The Bullet.” I like being able to see my pace as I race to help keep me on track.

The wind settled quickly and temperature increased by mile 3 so I threw out my pink Dollar Store garden gloves that were keeping my hands warm. Kristin and I bought the gloves the day before and joked about throwing them into someone’s garden along the course. I saw my friends, Charles and Laura, cheering and taking photos at mile 3 and 6 which gave me a huge surge of energy. They were both initially supposed to race and had motivated me to sign up but circumstances didn’t allow them to compete.

Between mile 6 and 7, I opened a chocolate Hammer gel and spent the next mile trying to clean it off myself because it had such a thick consistency. Once I cleaned my self up, I checked the Garmin to make sure I was still on pace. Things were going well and I was feeling strong as I ran through historic, New Orleans right past my De La Salle High School where some of my brothers attended. Miles 9-13 were the most challenging, as my feet were aching from running on the hard pavement and I started feeling the repercussions of all the hard work. Mentally I told myself to take one step at a time and then one block at a time until I reached the finish line. When it was obvious I would achieve my goal of breaking a 1:35, I felt a sense of achievement and ran through the finish line with a big smile! Kristin was there to greet me with a big hug and we ran into friends Melissa, Parker and Brittney. Brittney and Roxanne, Melissa’s sister, had also run and had great races.

I knew from training that I could hold between 6:45- 7:15 min miles for extended periods of time and purposefully focused my workouts around my goal of breaking a 1:35 for 13.1 miles. I started focused workouts in December, which included running 3 days a week and gradually building long runs from 1hr to 1 hour and 45min (about 12 miles).

Then 6 weeks from race day I started speed workouts (race pace and faster) once a week. In addition, 4 weeks from race day I added tempo efforts (building into race pace) into my longer run sessions. My running volume was about 20-25 miles per week for  a little over 2 months. I was excited that I set a personal record from this plan since it was a lot less running volume then I had done in the past. Less was more for me in the case and efficient, progressive workout sessions paid off!

After the race we met up with friends and enjoyed a night out in New orleans. I lived in New Orleans from middle of high school through my undergraduate college years so the city holds a lot of memories. My brother Erik lives there so I was able to visit with him briefly and hear about his recent work in the movie industry.

I feel great about my first race in 2015 and it’s always an adventure visiting my old stomping grounds!

A Few More Photos from My Trip 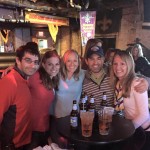 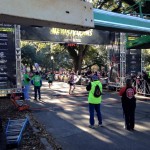 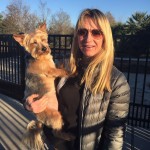 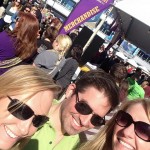 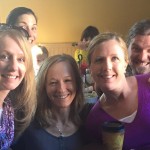 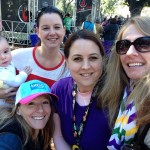 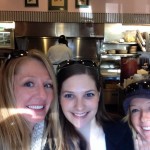 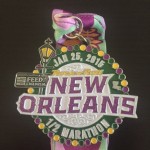 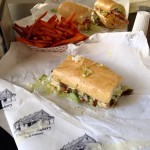